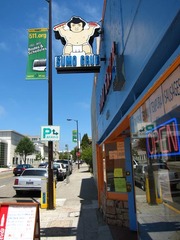 Last week Chilebrown of Madmeat Genius offered up a new place in Berkeley for some tempura fare, he mentioned Tempura Cheese Pizza. Yup, it’s like that.
He and Ms. Goofy (his wife) stopped by at noon on Saturday to haul my lazy ass out of the house and on a food adventure. I figured downtown Berkeley, noon, on a Saturday would be something of a snarl for traffic & parking. Traffic caused us to hit the back streets, but parking was right around the corner. We entered!
Sumo Grub is nice, clean, cute and had a handful of tables for in-house dining. The menu to the left was done on a chalk board, it was laid out well, very legible. Under burgers they have their 1/4 lb Angus beef and something called, “Vegan Meat”, I thought that was very cool. The woman running the front was exceptionally kind, helpful and cheery. The best part though? Is that they have a backyard for outside seating! It was awesome! Loved it.
The prices are exceptionally affordable, probably due to the location directly across the street from Berkeley High. So, ordering a bunch of goodies is of no concern for those of us that haven’t attended such a school for 30+ years. I ordered a cheese burger with onion rings, tempura mac & cheese and bottled water. 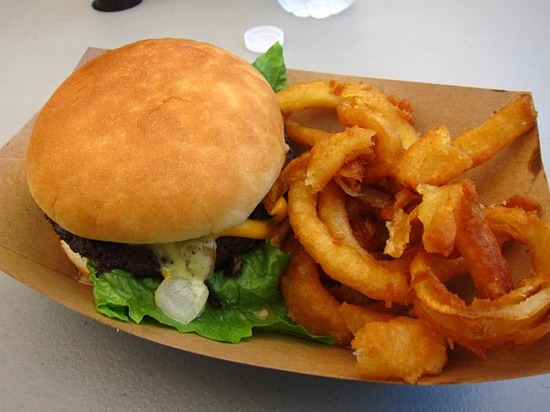 I really liked the onion rings, but the burger fell short. The poor beef patty was cooked beyond its life expectancy. But after meeting the owner and chef, I’m sure he’s working out the kinks and won’t hold that against him. I was the one that ordered a burger in an Asianny restaurant. Other than that, the bun was absolutely stellar along with the lettuce, and the green fleckled sauce stuff. 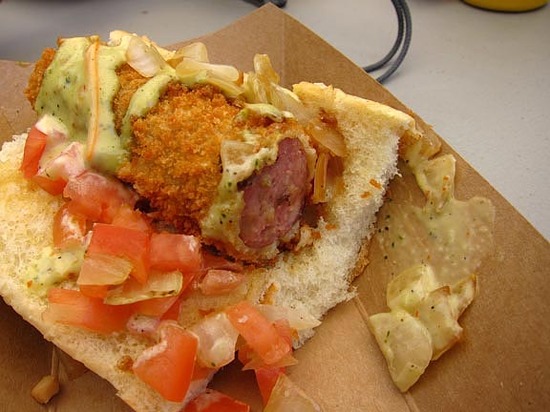 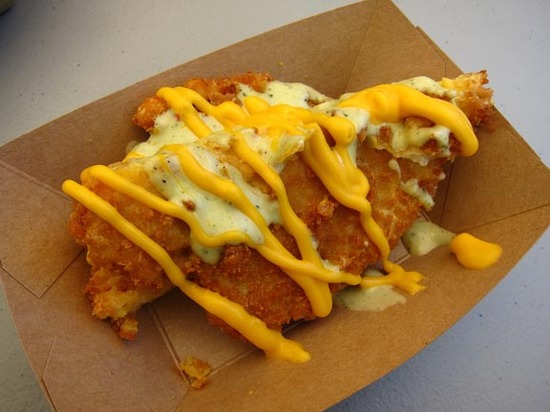 Here’s the Tempura Mac & Cheese. I’m a hard core mac and cheese guy, if it ain’t a home made southern mac & cheese, I’m not interested. I should be reviewing on its own merit, but I can’t.
When we were nearly done with our lunch, Chilebrown got up and ordered us a Tempura Heart Attack for dessert, it serves 3? This would be Tempura Oreos, Twinkies and ice cream. 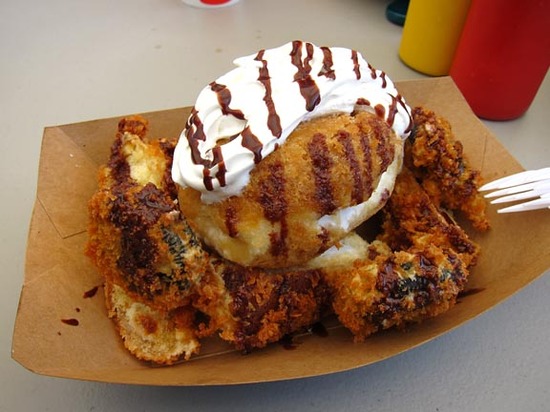 I really liked the Oreos and the ice cream, the Twinkies were good. The owner really knows how to Tempura anything. This was the piece of resistance, what really tied it all together. The bread crumbs varied from item to item.
To sum it all up, Sumo Grub really shines in a few areas and I will go back to try some more dishes that compliment his skills.
Sumo Grub
2235 Milvia Street, at Kittridge
Open Monday through Saturday from 11am until “The freaks come out”
Closed on Sunday
xo, Biggles