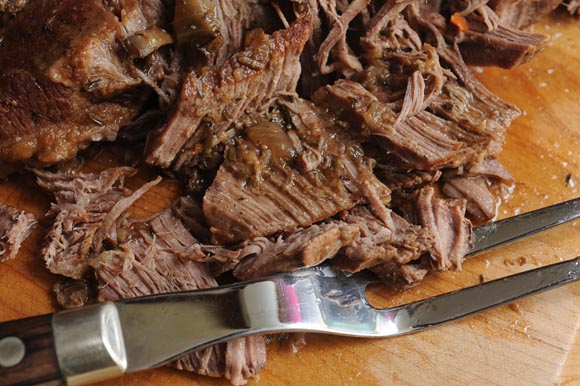 Beware free meat!  Hmmm, no.  Be wary of free meat!  Aaaaaa, no that’s not quite it either. Beware green meat!  Yes, of course but that’s another story.  Be thoughtful of free meat preparation? Yeah, that’s close enough.

No matter who you are, where you’ve come from or where you might end up, at some point you’re going to have to be a creative soul when it comes to meals coupled with a severe lack of income.  So, when your buddy says to you, “Hey Biggles, I have a huge freezer full of meat, do you want some?  I bought a half a beef.” It’s best if you smile, nod and thank them very much for their kind offer. Even though, when deep down inside, you’re shaking in your boots because you have no idea how that cow made it in there, how long it’s been in the freezer and how the gosh did some nitwit seal it up. Sealing meat well for the freezer ain’t no easy feat my good people.

The Meathenge Labs’s freezer ultimately ended up with a little over a hundred pounds of assorted frozen meaty packages, some large and some small.  Mostly beef particles, but a few were labelled with Lamb.  There were two 5 pound beef slabs labelled London Broil, one of which made it in to today’s post.  The previous one I grilled over mesquite and pecan wood, was good enough.  But I accidentally let it run to 135 to 140 degrees, was pretty chewy.  Sure it tasted darned fine, but darned that beef if it isn’t so fussy.  Not like pork!

Honestly, sometimes I really don’t have it in me to fuss over a beef steak and pull when it reaches 125 or so.  It’s far easier for me to braise it for hours in the oven submersed in aromatics, tubers and fungi of some distinction.  Crazy, I know.  But that’s how I roll.  Yo.

As I was standing in front of the open freezer door, 5 pound frozen brick of beefy London Broil in my meat-hook sized fangers, I was wondering.  “Can I pot-roast a London Broil?”

Armed with free meat, 3 days defrosting in the fridge, I was ready to find out.  Floured, salted and browned the meat in a cast iron dutch.  Browned off 16 ounces of quartered mushrooms, then sliced onion, flattened tons of fresh garlic, fresh rosemary and enough beef broth to cover.  Install in to 300 degree oven, rack on bottom for 5 hours.  Lid on for 3 or so hours, remove to reduce as needed or wanted.

Uh, yeah.  Apparently one can use a London Broil for pot roast.  And you know what brother?  Or sister, it was darned tasty.

Editor’s Note: I made no effort to do any googlizing to see if anyone else had used a london broil for pot roast.  I have absolutely no interest in what anyone else has done in the past.  For me, every day is a new adventure and I adore reinventing the wheel.