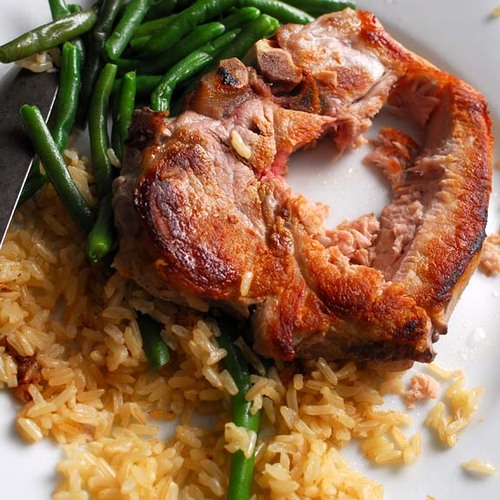 Observing children’s habits of any kind can be an interesting journey to say the least. Being a parent, I can say I have more than some experience in this arena.
Whether you’re a parent or not, you’ve surely caught yourself saying, “If/When this happens, my child will be this way.” Such as, “My girl won’t act like that about video games or sugar.” This usually comes from someone who either doesn’t have children, or is only a year or two in. “We’re going to be vegan, no television or refined sugar!”
After many years on this planet I’ve learned that vegan babies wind up dead. And children that are completely left out of our culture, wind up out of control later on in life for those things that they were kept away from. This happens time and time again, it only takes observation and nothing else.
The best I’ve been able to do is lead by example and put in front of them the best I can. Let them work out their own path, with moderation. Here we find Tiny E’s dinner plate, he wanted the center of the pork chop, some rice and a few beans. Since he didn’t want to finish his beans, he offered to eat 2 bananas. I can live with that.
For his effort, he got to have a wine goblet filled with jello he made 2 nights ago.
For me, this is success to the greatest degree. I love my life, and what I’ve done to it.
xo, Biggles

11 thoughts on “Eating Habits of an 8 year old”