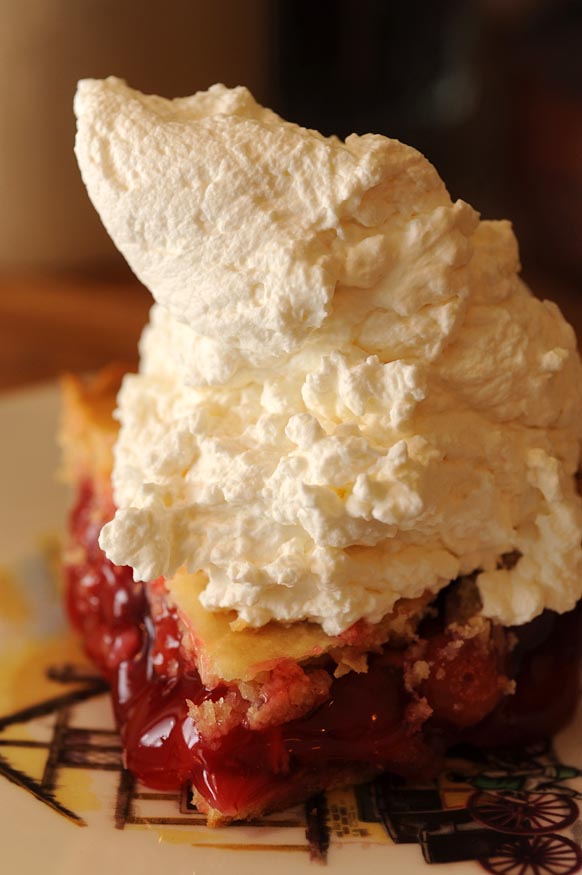 A way back in the early ’90s I stopped off at Fat Apples restaurant in El Cerrito for a cup of coffee. 9 million years ago this was the place that was originally named Fat Albert’s, but was quickly shut down due to the illegal use of a trademarked name. I had grabbed my coffee, and poked around for the half & half. None to be found! What I did find was a container of Manufacturing Cream. Real cream in coffee?  Count me in!

Whatever it was, left a long lasting impression on me. Even today I can remember the euphoric experience in nearly detail. I searched for it over the coming day, weeks and months. But never could I find it, not even a glimmer. At some point I was told that it was a food service product, only available to restaurants, bakeries and wherever else I clearly wasn’t.

A few weeks ago I was grabbing my ubiquitous gallon of 2% at Smart & Final, a commercial type grocery store that is “open to the public”. I looked up and to the right, there she was. A half gallon of Manufacturing Cream. I wanted, no needed this magical, loaded with butter fat, container of love.

So far, everyone here at Meathenge Labs finds that whipped cream made from this stuff totally eclipses anything it’s put over.  Not only that, it’s stable as gosh.  A day later, on the counter or in the fridge, it doesn’t separate or go south. I suppose being 40% plus on butter fat probably has something to do with it, eh?

Go now, find this wonderful elixir of the gods. Make your holidays, make your Christmas extra special and make some whipped cream from Manufacturing Cream.