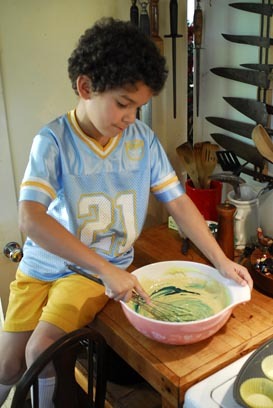 Tiny E and I made some cupcakes yesterday. He was feeling a little blue about not being 12 or 13 like his brother and neighbor boy (read here: being left out and taunted). So, Super Papa jumped in and grabbed a box wherein you add the eggs, water and oil=cupcakes. We had a great time and I had the wits to remember the food coloring. 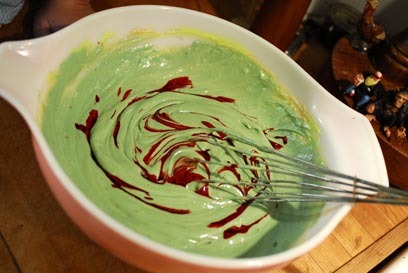 Let’s just say Tiny E found out what happens when you add all kinds of different colors together, Shrek Cupcakes.
Over the last 24 hours the discussion arose over the difference between cupcakes and muffins. The boys discussed this amongst themselves for quite some time. My immediate response was that cupcakes are usually of a very cakey substance with icing. Wherein a muffin is something more substantial and doesn’t have icing. All good.
As of tonight, after dinner, we really needed to resolve this issue. So I went straight to the World Book, nada. Next up, The New Oxford American Dictionary. I was pretty spot on with my definition. But what caught me was the second definition of cupcake, 2nd dfinition was an attractive woman. The howling only now is slowing to a crawl.
Biggles
ps – Hey there cupcake, fries come with that shake?

8 thoughts on “Muffins vs. Cupcakes or an Attractive Woman?”