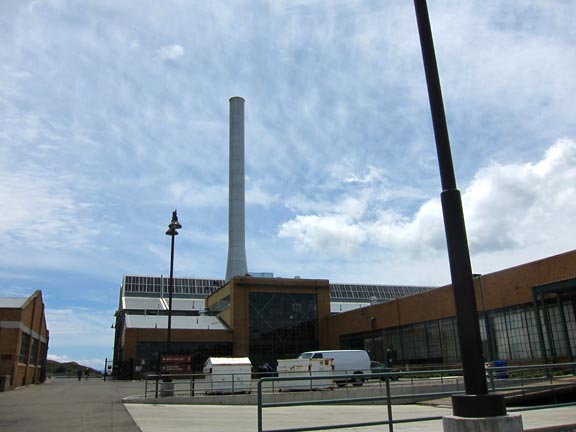 A week ago or so Meathead’s mother came to town and my sister Kallisti offered up the Boilerhouse as a nice, new destination restaurant to visit. It’s only a few minutes from either of us and neither of us had been, it was time.
The Boilerhouse is located at the old Ford Motorplant that was producing vehicles back in the ’50s, very industrial. It’s out near the harbor and the Bay Trail ends right at their front door. You have to drive out near Pt. Richmond, then head out and actually be checked in by a guard at the gate.
At first glance we were all impressed they’d kept and worked with such an industrialized area and old buildings. The place isn’t huge and the day we were there they were hosting a high school graduation. It all worked seamlessly. While it does seem somewhat upscale, it’s more inviting than that. A seating for 7 was easily dealt with, the servers were well groomed and attentive. The menu simple, pointed towards burgers. Burgers!
Ground beef from Niman Ranch and hand patted, cooked to your specification. 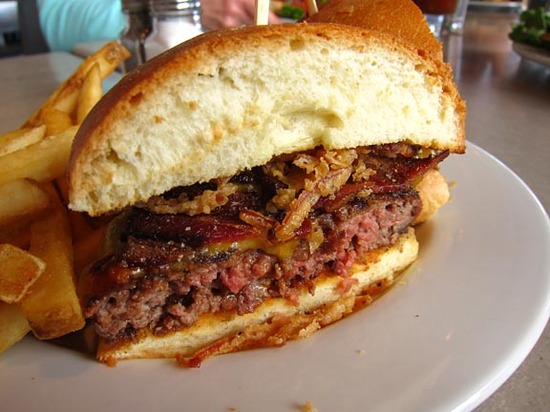 I got the Texas burger cooked medium raw. Gently packed with home fried red onions, bread roll was soft yet chewy. My father got the Jalapeno burger, said to be as awesome as well. 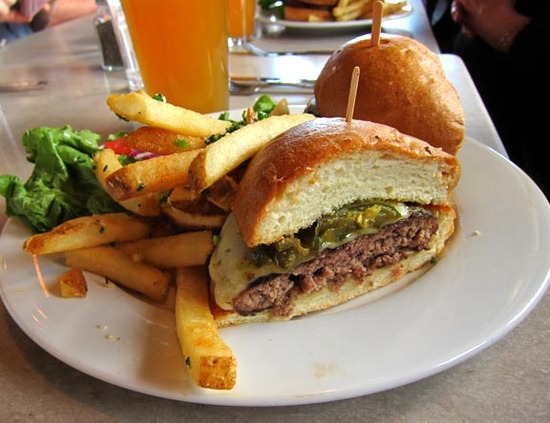 All of us ordered drinks and burgers, all were satisfied. The Boilerhouse really succeeds to down scale a great meal in a wondrous atmosphere of old industrial manufacturing. It’s going to be tough for them to bring business their way considering where they are, which is why I wanted to stop by and let you know this is a place worth visiting!
The restaurant opens up directly on to the harbor, marina and the bay. The view is epic, go now! Just to let you know how awesome it was, as we finished our meal the disco version of Star Wars emptied in to the audio system, everyone got dreamy eyed and fell in to a trance.
Go now, go soon. The Boilerhouse in Richmond.
xo, Biggles